Why my alternator died so quickly

How long should an alternator last? If you’re asking yourself this question because your alternator just didn't last very long, you’re right to ask yourself why. The life of an alternator is dependent on many factors, including driving style, type of vehicle, electrical accessories and driving conditions where the vehicle is operated. Consequently, there is no one answer for how long an alternator should last. As a general rule, most alternator last anywhere from 7 to 10 years or 80,000 to 150,000 miles for automobiles. If your alternator has not lasted as long as you think it should, take a look at these factors that could lead to premature failure.

1) A weak battery: The alternator and battery work together as a team. If either one becomes weak, it adversely affects the other. The alternator generates electrical power to supply the battery. When a battery becomes too weak, the alternator may overwork to the point that it becomes stressed and eventually fails. Generally speaking, it’s wise to replace the battery at the same time you replace the alternator so that both are working at maximum capacity.

2) Heavy electrical draw from accessories: If your vehicle has a lot of accessories such as a booming audio system or high-powered lighting, you might need a higher capacity alternator. These extra accessories can be quite demanding on the draw of electricity. Under these circumstances, you should consider upgrading to a high output alternator, which can handle a higher electrical demand with increased amperage.

4) Belt slippage: If the serpentine belt in your vehicle begins to loosen and slip because of age, stretching or poor installation, that can adversely affect your alternator. A poorly functioning belt will stress the alternator.

5) Alternator quality: Alternators, like anything else, can be manufactured well or not. If you’re not getting the service life you expect from your alternator, consider finding another source. When shopping, it’s best to make sure the alternator is backed with a warranty. A reliable alternator will usually come with a 1-year warranty. That’s not to say the alternator will only last a year. It should last well beyond a year. But if there are any flaws in its manufacture, they will usually show up in that first year.

Finding the reason why your alternator does not last as long as it should takes a bit of detective work, but it’s well worth the effort. It will pay off with longer reliability and fewer trips to the repair garage once you have your quality built, properly installed alternator. 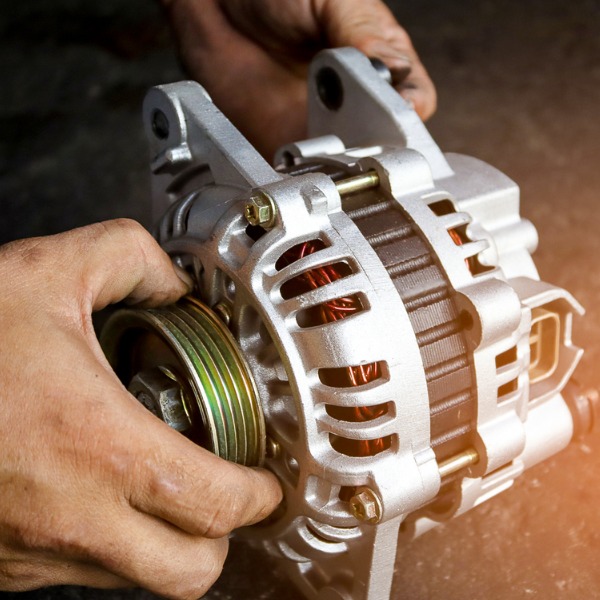