5 reasons why summer heat is hard on vehicles

Can your vehicle’s electrical system take the heat of summer? It’s a legitimate question because the heat of summer may be more taxing on your vehicle’s electrical system than the cold of winter. Yet the ironic thing is that most people don’t think of summer as a worrisome time for breakdowns. Truth be told, more vehicles break down due to summer heat than winter cold. It’s common for people to winterize their vehicles, but you really should give your vehicle a good inspection to prepare for summer, too.

To reduce the risk of becoming stranded, you should inspect the electrical system of every vehicle you own, including cars, trucks, vans, tractors, motorcycles, ATVs, boats and more. All of these rides can become vulnerable to the punishing effects of heat as the thermometer pushes higher.

As summer turns up the heat, you should really check the condition of these 5 components. Here’s why heat is hard on your vehicle’s electrical system:

1) Battery
In an ideal world, batteries work most efficiently when weather conditions are somewhere in the mid-70s. In that way, they are like a lot of people and prefer temperatures that are not too hot and not too cold. Of course, both people and vehicles must often deal with weather extremes. When you add in hot weather to the hot operating temperatures of an engine compartment, batteries can be in trouble, especially when they are older. Heat speeds corrosion and promotes evaporation of fluids, both of which weaken electrical output of your battery.

2) Alternator
Just by the nature of what it does, an alternator produces high levels of heat itself, and it works within a very hot environment under the hood. Extreme summer temperatures can be just the thing to push it over the edge with heat overload. Heat causes electrical components like alternators to work harder to produce the same output. If the alternator can’t keep the battery fully charged, the electrical system becomes compromised and can lead to failure. If your alternator is older, you should test it with a voltmeter to check its strength. If the voltage output is underperforming, you might consider a new alternator along with a new battery.

4) Ignition
Electrical components for the ignition are precisely engineered. Unfortunately, extreme summertime heat can cause physical changes in these electrical components that adversely affect their performance. Heat causes expansion, creating separation and gaps that lead to compromised operation. Winter cold does the opposite with contraction, of course. Seasonal expansion and contraction can take a toll on these electronics over time, leading to poor performance and eventual failure.

5) Starter
As an electrical component, starters are subject to the same hot weather stresses that affect other electrical components. It’s just a fact that heat causes components to work harder, increasing the likelihood of erratic starting. Being that components in the electrical system are interdependent, it’s often like finding the weak link in a chain to locate the problem.

Summer heat is hard on vehicles

Here’s a final thought about summertime wear and tear on a vehicle’s electrical system. Sometimes summer does the damage but the cooler seasons get the blame. Your electrical components may toil through the heat of summer, coming out weakened during the hot months of the year. However, the actual failure may happen in cooler seasons. The bottom line is that there is no offseason for good vehicle maintenance. A thorough summertime inspection of your vehicle’s electrical system is time well spent. 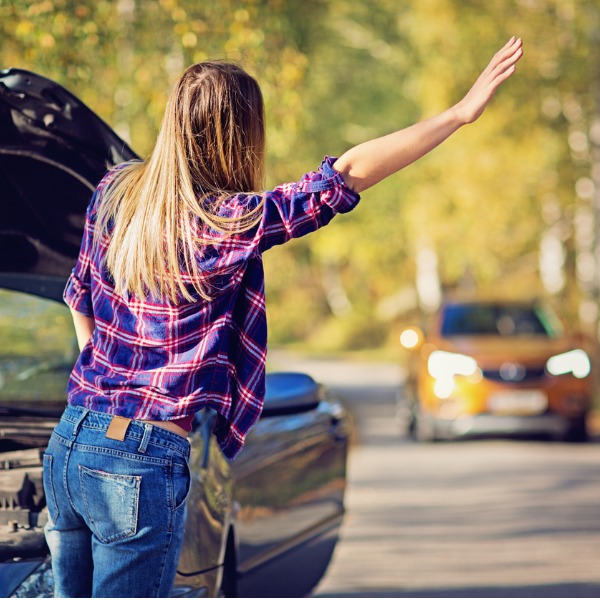